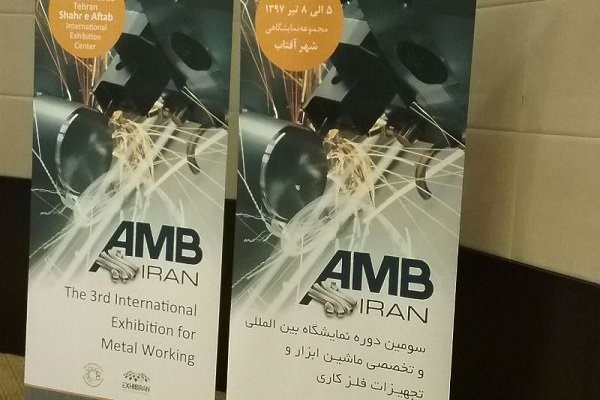 So far, more than 140 exhibition pavilions from 12 countries [including Iran, Germany, Italy, France, the Netherlands, Austria, Switzerland, China, Taiwan, Japan, Czech Republic and Russia] have expressed their readiness to take part in this edition of exhibition.

The exhibition can pave suitable ground for joint investment and trade talks in the field of enhancing and promoting Iran’s industrial level coupled with transferring world’s modern technology to Iran.

For his part, Deputy Minister of Industry, Mine and Trade Sadegh Najafi said, “establishing trade-economic ties between Iranian entrepreneurs and producers continually and their foreign counterparts is one of the main objectives behind organizing this exhibition.”

Following the US pullout from JCPOA, most European countries are interested in maintaining their amicable relationship with the Islamic Republic of Iran in all fields, he emphasized.

Chief executive of Iranian Small Industries and Industrial Parks Organization (ISIPO) pointed to some domestic dilemmas and misuse of some officials in political and economic situation of the country, and said, “youth and young walks of life in the country should be supported duly in order to move the country towards development and prosperity.”

The executive director of German Machine Tool Manufacturers Association (VDW) Wilfried Schäfer said, “effective steps were taken in this regard for renovating and rehabilitating tool manufacturing industry in Iran three years ago following the lifting of sanctions imposed against Iran.”

The exhibition will open to public every day from 10 a.m. to 17.

IMF predicts Iran’s economy to be improved in 2020